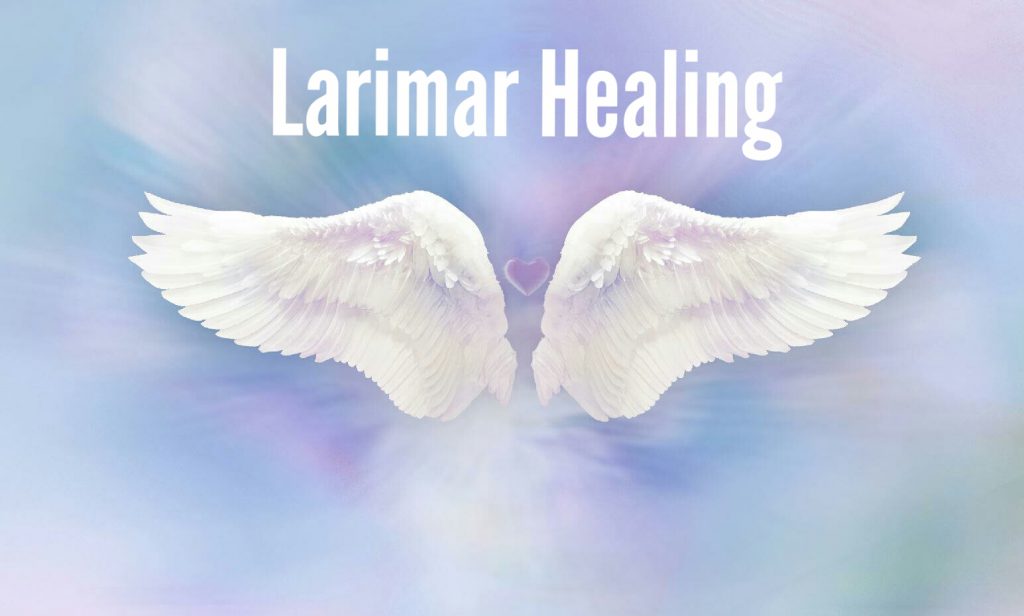 Larimar healing is a natural way to gain peace and comfort. It’s a beautiful blue stone gifted for the whole world to experience.

A Bit of History

Known as the Stone of Atlantis or sometimes the Dolphin Stone, Larimar is a fairly recent discovery amongst gemstones. Located only on the island of Hispaniola in the Caribbean Sea of the Dominican Republic, Larimar is quickly gaining a reputation for being a healing stone with deep spiritual powers. Larimar may not be as ancient as some other stones, but its spiritual properties have already been well established.

It’s the only pectolite mineral of its kind because of its stunning blue color thanks to copper inclusions. Some Larimar stones have red markings, but the deep blue shade is considered the most valuable. Other kinds of pectolite are soft and fragile and what made Larimar a true gem is that it is tough enough to withstand carving and faceting.

Larimar gems are formed when hot gasses from the volcanoes pushed the crystalized minerals up into the volcanic tubes. It is dug deep down the volcanoes and only miners who are aware of a specific kind of tubes can extract the Larimar. Because of soil erosion, some gems are washed along the river and into the sea, resulting to gemstones that can also be gathered by the sea.

Larimar echoes the significances of its elemental origins in metaphysics. Its different shades hold different symbols. Each has its own energy that can be obtained when using Larimar. The colors are skin deep and is connected to what the eye can’t see. Every hue has a corresponding drive to heal whoever holds the stone. It is one of the only crystals that is thought to balance the polarities of Water and Fire with its cool color and volcanic origins.

Larimar reverberates the energies of water that subdue emotions. Some are not opened to tranquility even in the face of blue waters, so with the Larimar healing that bears deep emotions from the water element, you’ll feel a sense of calm and serenity. Beneath the beautiful presence of the sea that alone can heal, the effect is felt and not seen.

On the other hand, some Larimar gems that have red markings embraced by the blue and white colors represent the taming of red emotions such as anger and jealousy. While the white color symbolizes the air element and the connection of the stone to the soul.

Larimar healing, it will quicken the steady bond of your mind and your tongue to convey what you really want to say. With Larimar’s help, every message flows and is delivered with such ease.

Associated with the throat chakra due to its cool, blue color, the Larimar stone is soothing and calming. The stone has a very distinct vibration that is centered in the throat chakra, but which can be felt from the heart chakra upwards when put in direct contact with the body. Larimar healing can help unblock communication channels, and assist you with achieving clearer communication in everything you do.

And when held to the heart chakra, Larimar can assist in unblocking emotional pain for the user. As a singer, you may wear it close to your throat so it can help clear your voice and enhance your performance.